For more than 30 years, French Guiana has been a region severely hit by illegal gold mining. This activity is devastating the country because of its major impact on the environment.

Mercury pollution of waterways due to these activities leads to a collapse of biodiversity and threatens the local population’s health, especially the local Native Americans, the Wayana people, located upstream of the Maroni river.

Bursting the ground open with the help of powerful engines, illegal gold miners are responsible for the destruction of 1330km of waterways. The mercury used to treat the gold is thrown away into nature and then adds up to the mercury naturally present in the ground.

This metal can be found all along the food chain: stocked by plants and ingested by fishes, it contaminates those living alongside the river. Moreover, the muddy waters rejected by the gold mining activity are making the rivers turbid. Water is unhealthy and prevents fish’ reproduction thereby damaging the ecosystem’s health.

Violation of the Rights of Nature

Human activities linked to illegal gold mining have disastrous consequences for the Maroni River and its tributaries. An estimated 10,000 illegal gold miners are present in the area.

These illegal gold diggers are mainly interested in alluvial gold, that is, gold that is located in the beds of rivers. To extract it, they scrape off the deposits from the ground and pass them through a sieve. This process permanently ravages aquatic ecosystems.

Illegal artisanal gold miners are responsible for the destruction of thousands of kilometers of rivers whose turbidity and mercury content lead to the disappearance of flora and fauna. Mercury is released into nature and poisons all ecosystems.

In addition, deforestation of primary forests is accelerating with the establishment of illegal camps. Between 2003 and 2009, an estimated 29,000 hectares of forest were destroyed by mining activities. Thousands of gold seekers hunt animals for food. A wave of poaching is hitting hard the protected species already very threatened by the destruction of their habitat.

Thus, the right of aquatic ecosystems to conservation, to the regeneration of their life cycles and to restoration is undermined by illegal gold trafficking which must, therefore, be completely eradicated from the territory of French Guiana. 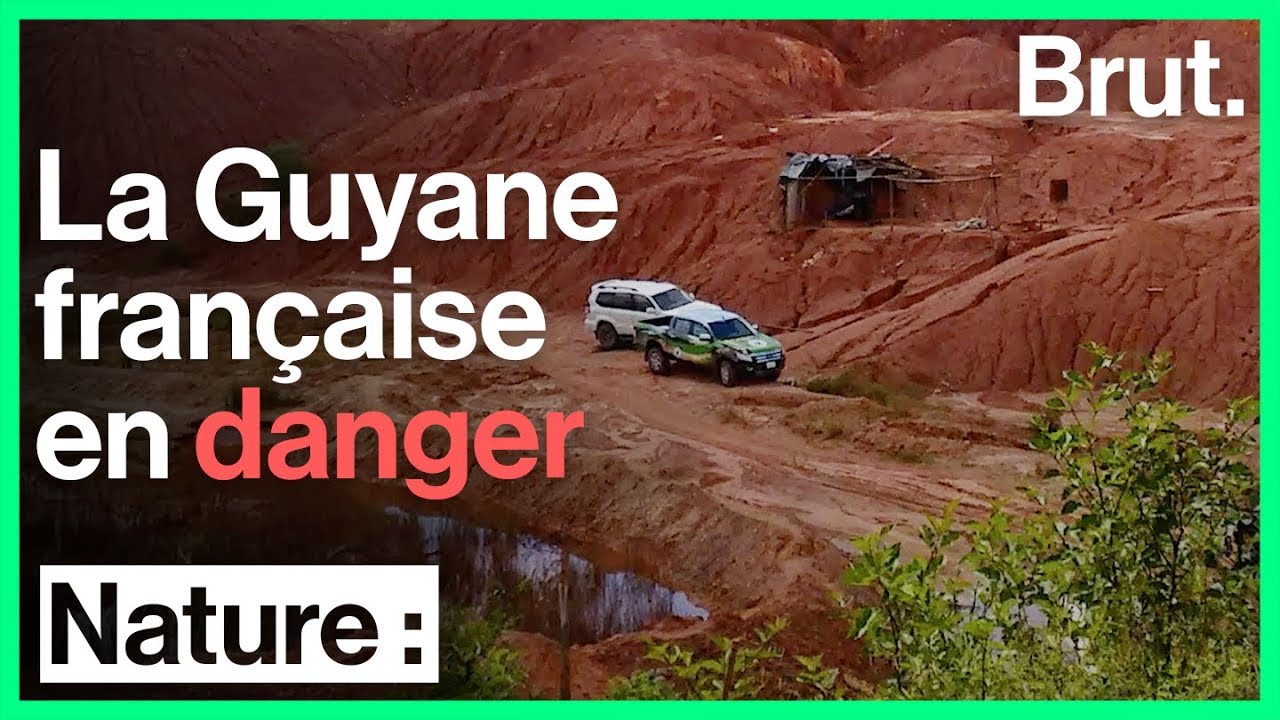 Violation of the rights of indigenous peoples

Dependent on hunting and fishing for a living, the populations living along the rivers of French Guiana have mercury concentrations in their bodies that dramatically exceed the World Health Organization’s vigilance thresholds.

Illegal gold panning is a real social scourge, but it also creates serious security problems, as it is directly correlated with the increase in violence, arms and drug trafficking, prostitution and child labour. The rights of indigenous peoples to a healthy environment, life, health, water, food and security are therefore under constant threat.

Lawyer, President of the NGO Wild legal for the defense of the rights of nature, Marine Calmet works with the indigenous peoples of french Guiana to fight against the gold mining industry.

President of the Association of Women Victims of Mercury (ADVM), Linia Opoya, is a resident of the Wayana Amerindian village of Taluen in the Haut Maroni region, french Guiana. Indigenous artist, she masters the art of traditional pottery and she is the mother of two children.

Native american legal expert specialized in the rights of indigenous peoples, Alexis Tiouka participated in international negotiations leading to the adoption of the United Nations Declaration on the Rights of Indigenous Peoples.

The Association des Victimes du Mercure | Haut Maroni aims to gather, defend and represent the victims of mercury poisoning in the Haut Maroni.

Protecting biodiversity effectively will involve establishing a new relationship with Nature, which is both respectful of the functioning of ecosystems and of human needs.

the recognition of Haut Maroni as a natural entity benefiting from the right to the protection, conservation and restoration of its ecosystems.

the establishment of a local governance model respectful of the rights of the people of French Guiana, guardians of the Amazon.

the implementation of an action plan aimed at definitively eliminating illegal mining activities in cooperation with the inhabitants of Haut Maroni region.

the implementation of local economic alternative projects in order to guarantee food security to these people.

the organization of a regional mercury screening campaign.

Join the coalition for the recognition of the rights of the  Maroni river and its guardians: