Find the cases from this Tribunal

The Fifth International Tribunal of the Rights of Nature urges the rulers, companies and other officials identified in this verdict to accept and follow the recommendations made by this respected Ethical Tribunal in the name of Nature. As a general recommendation for Chile, a country that receives this edition of the Tribunal, it strongly recommends signing the Escazú Agreement that will allow participation in the definition of environmental public policies, transparent information for civil society and protection of human rights defenders. nature.

On behalf of the Pachamama (Mother Nature), inspired by the wisdom of grandfathers and grandmothers, aware that indigenous peoples are millenary, pre-state communities, with rights to difference and equality among other peoples: reaffirming, that all ideas and practices based on the superiority of certain peoples or individuals for reasons of origin, gender, racial, religious, ethnic or cultural are racist, scientifically false, legally illegitimate, ethically unacceptable and socially unfair: convinced that resistance is a right irrevocable of the peoples and before as now it allows the natural community survival, recovering and strengthening the legal, political, economic, social, cultural institutions, as well as our traditions, identities, memories and cosmovivencias; and celebrating life with deep kuyay pachamama -love the mother nature- we come and to which we become one.

In the city of Santiago de Chile on the fifth day of the month of December of the Andean-Panamazonic year 5.527/colonial 2019, the Tribunal is aware of the requests of the representatives of ancestral communities, organizations defending the Rights of Nature and the Rights of Water, as well as environmentalists, Human Rights Defenders and other social sectors.

After hearing the affected persons and the expertise of respectable experts in the field at the public hearing, as well as the Prosecutor of the Earth, the judges proceed to analyze the cases reported in the order of their presentation at the hearing, and issue their judgment:

LITHIUM MINING CASE IN THE DESERT OF ATACAMA (CHILE)

“… Public participation represents one of the fundamental pillars of instrumental or procedural rights, since it is through participation that people exercise democratic control of state efforts and thus can question, investigate and consider compliance with the public functions. In that sense, participation allows people to be part of the decision-making process and have their opinions heard. In particular, public participation makes it easier for communities to demand responsibilities from public authorities for decision-making and, at the same time, improves the efficiency and credibility of government processes. As mentioned on previous occasions, public participation requires the application of the principles of publicity and transparency and, above all, must be supported by access to information that allows social control through effective and responsible participation (…. ) In the context of Indigenous communities, this Court has determined that the State must guarantee the rights of consultation and participation in all phases of planning and implementation of a project or measure that may affect the territory of an Indigenous or tribal community, or other essential rights for their survival as peoples, in accordance with their customs and traditions. This means that, in addition to accepting and providing information, the State must ensure that the members of the community are aware of the possible risks, including environmental and health risks, so that they can comment on any project that may affect their territory within a process of voluntarily consultation, with knowledge. Therefore, the State must generate sustained, effective and reliable channels of dialogue with Indigenous Peoples in consultation and participation procedures through their representative institutions. With respect to environmental issues, participation represents a mechanism to integrate citizens’ concerns and knowledge in public policy decisions that affect the environment. Likewise, participation in decision-making increases the capacity of governments to respond to public concerns and demands in a timely manner, build consensus and improve acceptance and compliance with environmental decisions… ”

Here you can find the Judges, Prosecutor, and Secretariat of the tribunal.

Yaku Pérez
President of the Tribunal 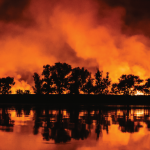 The Amazon rain forest is the largest rain forest in the world, representing 50% of the planet's tropical forests ...
View Case 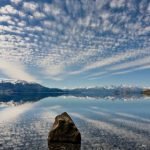 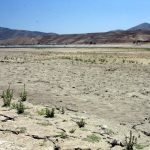 En Chile la naturaleza y sus elementos son tratados como simples objetos, sin valor propio, disponibles ...
View Case
We use cookies on our website to give you the most relevant experience by remembering your preferences and repeat visits. By clicking “Accept”, you consent to the use of ALL the cookies.
REJECTACCEPT
Privacy Policy