The Balkan rivers are some of the last free flowing and wild rivers of Europe and are a hotspot for biodiversity with unique ecosystems and wildlife, including the critically endangered Balkan lynx. They are home to 69 different fish species that live nowhere else in the world, and their beds provide shelter for over 40% of all endangered freshwater mollusk species in Europe.

However, those rivers are now highly endangered with the plans to build over 3,500 dams on just about every one of them.

If built, it would possibly result with nearly one in 10 of Europe’s fish species being pushed to the brink of extinction with eleven endemic species being wiped out, seven more would be critically endangered, four types of sturgeon would be devastated and the number of endangered species would double to 24, according to the University of Graz report. Deforestation and soil erosion will follow, along with irrevocable changes to the course and character of untamed rivers, a quarter of which lie in pristine national parks and protected areas

Local mobilization on the mountain Koaponik started in 2013 when by exchanging information about huge dam ecocide on social networks, a wave of resistance spread. The mountain Kopaonik rivers became a demonstrative “classroom” of Nature destruction.

The wider community was learning first hand about the ecocide the small dam building on the mountain of Koaponik were causing to Nature, because the local activists have been posting authentic photos before and after construction. That raised significant nationwide awareness and resistance towards this mass killing of the small mountain rivers for private profit. They participated in various nationwide protests and media programs to further raise awareness and consolidate resistance.

The main culprit is the state government and the corresponding ministries which are issuing licenses, approving faulty Environmental Impact Assessments and guaranteeing huge subsidies for the ‘green electricity’ producers – owners of those small dams even though they cause untold Nature destruction. Ironically, those subsidies are paid for by the citizens through their electricity bills.

But the original policy for the inclusion of the small dams and their subsidising came from the EU Renewable Energy Directive, so by allowing these ecocides to happen, we consider the EU as guilty as the national governments in this case.

The government is insistent on building the dams from which mostly their inner circle and others connected to various government arms profit from. Recently a new group called ‘Rights for the rivers of mountain Kopaonik and Serbia’ was formed in order to strengthen the fight for the rights, preservation and restoration of Mountain Kopaonik and all Serbian rivers for the benefit of all life and not for the private profit of a minority.

The effects of river destruction by the small hydro-electric power plants:

Harmful effects of dam construction on watercourses and water biodiversity are:

Save Blue Heart of Europe studies:

Descriptions of the rights of Nature violation

The massive proliferation of small hydroelectric dams in Serbia and the Balkans, devastates native biodiversity, degrades the health of mountain ecosystems that depend on the rivers, and impairs the natural functions of rivers and watersheds, amongst other severe impacts, resulting in violations of the following rights of impacted rivers and watersheds:

Lifelong deep environmentalist, founder of Earth Thrive, small but highly dedicated Rights of Nature organization, currently concerned with the Rights of Nature for rivers of her native Balkans but also working on pesticides, mining and animal welfare issues. Holds MSc in Environmental Decision Making and also has a background in permaculture and the Law of Ecocide campaign on which she worked for several years with the initiator, late Polly Higgins.

Dr Jelena Drmanac is the local river activist from Josanica in Kopaonik, One of the founders and leaders of Rights for the Kopaonik and Serbian Rivers. Very active and vocal activist in protection of the rivers in Serbia especially on the Kopaonik mountain Josanica region where she comes from.

Predrag Simonović is a Fish Biologist from the University of Belgrade, where he is a Professor – a Reader in Ichthyology and Fishery Science at the Faculty of Biology and Senior Researcher at the Institute for Biological Research “Siniša Stanković”, a National Institute for the Republic of Serbia.

He was also engaged as a teacher at the universities in the region (Kragujevac, Podgorica, Banjaluka) and called to hold lectures at the University of Zagreb and Komenius University in Bratislava. In 2008, he set up the Centre for Genotyping of Fishery Resources at the faculty, where the team he leads mapped native brown trout populations in Serbia and detected the non-native ones that threaten the very remarkable original brown trout biodiversity.

Faculty of Biology and Institute for Biological Research “Siniša Stanković” are units of the University of Belgrade, whose tradition seizes back to 1803. Their teaching and research activities contributed to the recent high status of their university, with the alumni occurring throughout the world. The academic autonomy established in 1905 was always under hard testing, to outlive until these days and testify about the role and importance of the university.

Ulrich Eichelmann, ecologist and CEO of Riverwatch, an NGO based in Vienna to protect and restore rivers. He specializes in campaigning. Worked 17 years at WWF as a freshwater officer and worked also as a filmmaker. He produced the film Climate Crimes – a documentary about how lobbies and politicians misuse the global warming movement to increase the destruction of nature.

Currently, he coordinates Save the Blue Heart of Europe – a campaign to save the rivers in the Balkans against hydropower development.

Grant Wison is Executive Director & Directing Attorney of Earth Law Center, which promotes ecocentric laws and the Rights of Nature worldwide. He has helped write laws recognizing nature as a subject of rights, won lawsuits on behalf or rivers, and led policy campaigns to protect the health of ecosystems for 15 years. He earned his law degree and certificate in environmental and natural resources law from Lewis & Clark Law School.

Marie is a French environmental activist, a jurist in international environmental law, co-founder of the association Notre  affaire à tous and at the origin of the l’Affaire du siècle campaign.
She has been elected MEP on the Greens/EFA group in May 2019 and sits on the ITRE (energy, industry), ENVI (environment) and JURI (legal affairs) committees. She is also one of the foremost champions of Rights of Nature and the Law of Ecocide in the EU Parliament.

Earth Thrive is a small but highly dedicated org with a mission to establish Nature  rights & prevent ecocide through law – especially the emerging Earth Law, permaculture and other holistic environmental education & Nature restoration.

Given the Rights of Nature violations arising from the massive proliferation of small hydroelectric dams in Serbia and the Balkans our demands are these:

Serbia and the Balkans

Pass a national law and/or constitutional amendment recognizing the rights of rivers & creating a independent body of legal guardians to represent those rights;

A freeze on all new hydroelectric dam projects until the cumulative impacts of these dams can be assessed, including through a Rights of Nature analysis;

Adopt the ‘Birds’ and the ‘Habitats’ EU Directives to close the current legal gap;

Close the loophole excluding EIAs for hydropower projects below a 2 MW threshold and require all EIAs for hydroelectric projects to be cumulative, basin-wide assessments of dam impacts looking at integrative holistic ecosystem.

Call for Rights of Nature recognition at the EU level with a focus on the rights of rivers and watersheds;

The EU must formally recognize, such as through the Renewable Energy Directive, that hydroelectric power is only “renewable” in the sense that the water is not permanently used, but from a whole ecosystem perspective, hydropower is not renewable because it permanently degrades and destroys ecosystems, species, etc.;


Subsidies for small hydropower must be completely eliminated; 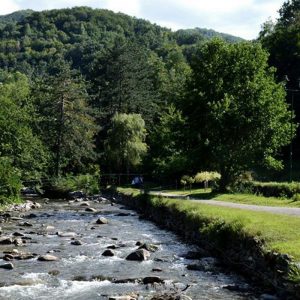 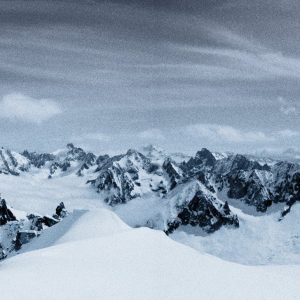 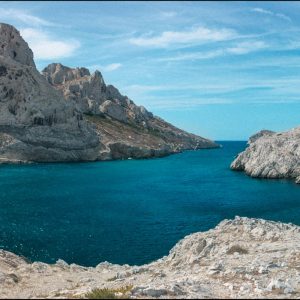 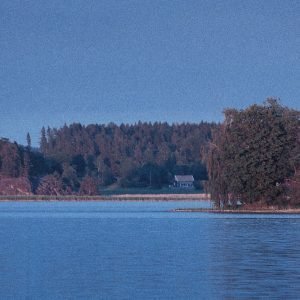