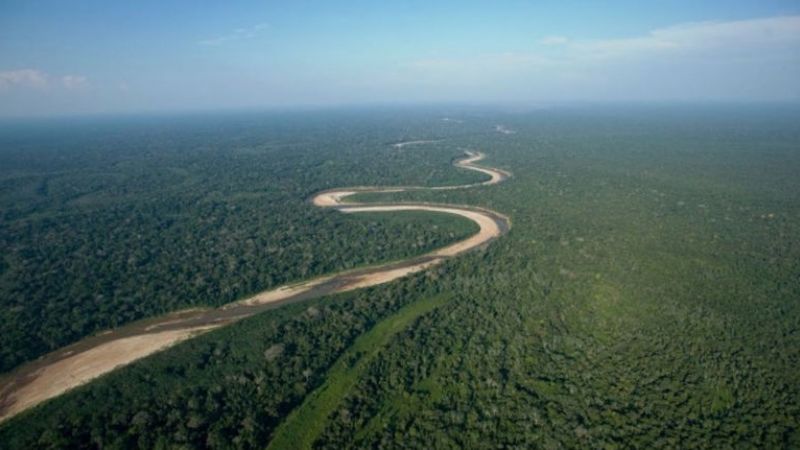 The story of TIPNIS is a story of dignity, struggle, glory, heroism, repression, victory and renewed betrayal against the rights of Mother Earth and of indigenous people. The Tribunal decided to hear a number of cases from different parts of the Amazon simultaneously in order to consider threats to the Amazon ecosystem in a holistic way. It heard evidence of widespread violations of indigenous rights and the rights of Mother Earth throughout the greater Amazon region. This included testimony about the huge mine proposed in French Guyana, and from communities in Brazil, Bolivia and Ecuador. It is clear that this vital ecosystem that is a reservoir of life, home to many peoples and an essential part of maintaining global climatic stability, is being subjected to many attacks which violate its right to exist and maintain its vital cycles.

The extractivist global model inevitably results in violations of the rights of the Amazon as a whole and diminishes the quality of life of all organisms in the region. The Tribunal heard allegations of violations of the rights of Mother Earth arising from the proposed construction of a major road through the TIPNIS protected area in Bolivia and from oil exploitation in the area. Evidence about the victimization and intimidation of those opposing the construction of the road was also placed before the Tribunal. The Tribunal noted this evidence with great concern, particularly because the Universal Declaration of the Rights of Mother Earth was proclaimed in Bolivia in 2010 and Bolivia has championed rights of Nature internationally.

The Tribunal decided that it wished to gather more evidence from all concerned, including the State of Bolivia, and if possible to send a delegation on a fact-finding mission to Bolivia. It also decided to request the Bolivian government to impose a moratorium on construction of the proposed road and bridges through TIPNIS and on further oil exploration in or near TIPNIS, until the Tribunal has completed its work. The Tribunal was of the view that the imposition of such a moratorium would be an appropriate precautionary measure to avoid possible violations of rights of Mother Earth while a resolution to this dispute is being sought.

A Tribunal For Earth: Why It Matters By Cormac Cullinan